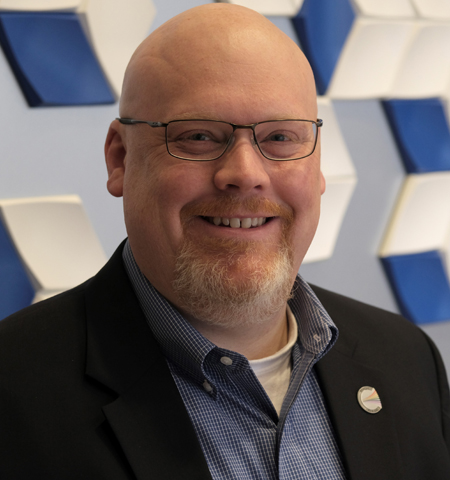 Following graduation from the University of Colorado at Boulder in 2000, Eric began his eye banking career at Rocky Mountain Lions Eye Bank (RMLEB) in Colorado. He served in various positions of increasing responsibility through April 2005. He then served as the Technical Director for the Lions Eye Bank of Wisconsin for three years before returning to Colorado in 2008 where he was RMLEB’s Technical Director. Eric joined Georgia Eye Bank in April 2011 as the Chief Operating Officer and was promoted to President & Chief Executive Officer in January 2014.

Eric has been a Certified Eye Bank Technician (CEBT) since 2003 and has served in several various leadership roles for the Eye Bank Association of America (EBAA). He currently serves on the Accreditation Board and is the secretary of the Medical Advisory Board.  Eric received EBAA’s Leonard Heise award in 2022.

Families do not incur extra expense; nor are they paid for eye donations.